In October 1973, the Executive Committee finally filled the vacancy for the position of General Secretary with the appointment of the highly experienced Job Stott – who up to that point had served in a similar capacity with the ESB Officers' Association. 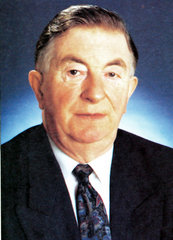 However, another major dispute began in 1976 when the Government intervened to block a major productivity deal negotiated between the banks and IBOA on the grounds that it exceeded the terms of the National Wage Agreement – even though IBOA was not a member of the Irish Congress of Trade Unions at that time and was, therefore, not a party to the agreement. The Minister for Labour became directly involved to prevent bank staff benefitting from the deal. After three months of industrial action, IBOA members reluctantly accepted the terms of the National Wage Agreement. However, the productivity concessions were also withdrawn as a consequence. So for the sake of maintaining the appearance of uniformity in the Government's wages policy, both the bank workers and the banks lost out.

With the steady advance of information and communications technology, IBOA negotiated a landmark agreement on Technology and Change in the 1982-83. The Union secured increased salaries, improved rank and regrading, enhanced annual leave, optional early retirement and an improved transferability agreement.

However, as the decade wore on, management became increasingly hostile – developing a new 'American-style' campaign to break the Union. The first indication of this new approach was a bitter dispute in 1987 in Bank of Ireland and AIB over the Technology and Change Agreement – which required industrial action to reach a settlement.

This new management style was part of a new culture in banking which included individual contracts for managers, the growth of performance-related pay, increasing promotional opportunities and the appointment of outsiders to key positions in banks.

At the same time, as the two major Irish banks expanded into Great Britain, IBOA began to organise the British-based staff of AIB and Bank of Ireland. 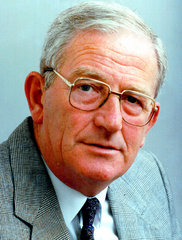 Following Job Stott's retirement in 1989, the Union's Executive Committee appointed Ciaran Ryan as General Secretary. This was a shrewd move. Ryan's career had taken a couple of twists firstly as a trade union official with the Irish Union of Distributive Workers and Clerks (now MANDATE), then as a personnel officer before becoming Divisional Director of the employers' confederation, IBEC.

His appointment came at a time of growing unrest among workers in the financial services sector as managements focussed increasingly on cutting costs. IBOA was increasingly seen as an obstacle to this new agenda – with the result that undermining the Union became an end in itself for managements across the sector.

Matters came to a head in January 1992, when the retail banks awarded managers increases in excess of the terms of the National Wage Agreement – but limited pay increases to non-managerial staff to the national norm. When IBOA commenced limited industrial action in pursuit of pay equity,the response of the banks was to cut salaries even further – or, in the case of AIB to suspend staff with immediate effect.

So began one of the most bitter disputes in the history of the Union. With the majority of bank officials supporting IBOA, the employers attempted to keep the banks open by using non-members, staff who were prepared to pass the official picket and their family members.

When the dispute was eventually resolved in April 1992, IBOA had survived the banks' attempt to break the Union – but not without substantial damage. With around 4,000 members expelled (including most of the managerial grades), major work was necessary to re-build the Union in the face of the more aggressive posture adopted by management. 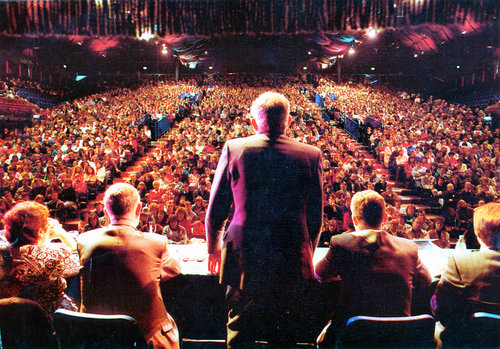 The 1992 Strike: Mass meeting of members in the Point Theatre, Dublin.

One of the more positive outcomes of the dispute was the Union's successful legal action against the four main Banks for their decision to cut pay and impose suspensions on staff without due process in the form of the agreed disciplinary procedures. In a number of test cases brought by individual members who had been penalised in this way, the Court endorsed the Union's view that the banks' actions had contravened the principle of natural justice. These cases established an important historic precedent in terms of disciplinary procedures not just for bank staff but for all other employees in the Irish Republic.

A further direct consequence of the dispute was the decision by IBOA's Executive Committee to seek to affiliate to the Irish Congress of Trade Unions (ICTU). ICTU had been of considerable practical assistance to IBOA during the course of the dispute. The IBOA Executive Committee also recognised that in the new era of social partnership that was energing, Congress would be in a position to influence public policy in a number of areas of economic and social development as well as core issues such as pay and the industrial relations framework

Since IBOA formally affiliated to ICTU in July 1993, the Union has played an active and positive role in the organisation. IBOA has been represented on the Congress Executive and has figured prominently in ICTU's key debates and campaigns in recent years.

For the remainder of the 1990s IBOA was engaged in patiently rebuilding its membership base, expanding services for members and re-establishing itself as a major force within the financial services sector. In addition to its traditional heartland in the banking industry, IBOA began to develop membership in a number of other companies operating in finance.

In some cases, the trigger for this development was the outsourcing of work from banks to service providers (which may have involved a transfer of staff). IBOA's approach was to follow the work and, where possible, organise the workers involved. 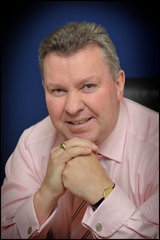 Following Ciaran Ryan's retirement in 2001, the Executive Committee decided to promote Larry Broderick to the position of General Secretary. Larry had served as the Union's Assistant General Secretary since 1984 - having previously worked as an industrial relations official with the ITGWU (now SIPTU).

The Associatiion continued to grow in the first years of the new millennium on the back of a number of important advances for its members. At the same time. this additional leverage has enabled the Union to ensure further benefits for membership whenever opportunities arise. Membership increased to almost 24,000.