Hundreds of KBC workers meet with union to discuss future of Bank. 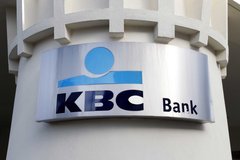 KBC and Bank of Ireland need to confirm that TUPE legislation will apply say FSU.

John O’Connell, General Secretary of the Financial Services Union (FSU) has called for a clear statement from KBC and Bank of Ireland (BOI) that they intend for TUPE legislation to apply to any possible deal between the two Banks.

Mr O’Connell advised a virtual mass meeting, arranged by the FSU of almost 400 KBC staff that the FSU had engaged a Senior Legal Team to advise the Union on the complexities of competition law and to support the Union in making a submission to the Regulator, The Consumer and Competition Commission.

“The large turnout of KBC staff at today’s meeting is a clear indication of the frustration, fear and confusion that staff are feeling around this announcement. There was an avalanche of questions posed particularly around the issue of TUPE and future engagement with KBC. It is a moral responsibility of both employers to respond to this fundamental question from staff.

I was able to inform the meeting that the FSU had formally written to both banks seeking urgent meetings and requesting clarification around the content of the Memorandum of Understanding and in particular regarding TUPE.

We are at the start of a process of engagement, and we would call on both Banks to immediately engage in an open and transparent manner. Staff are shocked at the sudden announcement and are entitled to receive assurances from their employer on the future for their jobs” stated Mr O’Connell.

“It would be the intention of the FSU after carefully studying the proposal, listening to our members concerns and taking legal advice to make a detailed submission to the CCPC” confirmed Mr O’Connell.