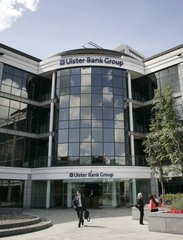 An ambitious deal with jobs and communities at its core is still possible.

John O’Connell, General Secretary of the Financial Services Union (FSU) has described this morning’s announcement by Ulster Bank and PTSB that they have signed a non-binding memorandum of understanding (MOU) as “a positive development and a step forward “

The MOU includes a commitment to TUPE and a transfer of a significant amount of staff from Ulster Bank to PTSB.

PTSB have also confirmed that they will take over a number of Ulster Bank branches.

“The FSU are pleased that a non -binding MOU has been signed and that TUPE legislation will apply with staff transferring with the work. The withdrawal of Ulster Bank from the Irish Banking market has caused huge anxiety for staff and customers. This announcement provides some clarity and gives some reassurance for staff.

There are still a lot of unanswered questions, so we have requested a formal meeting with the CEO of PTSB and the CEO of Ulster Bank to clarify among other things what assets are to be transferred, what assets remain with Ulster Bank, what the proposed timescale for transfer is and what this means for staff and customers.

We now have valuable time between this announcement and a possible final deal for both parties to be ambitious putting jobs and communities at the core of their negotiations. We believe there is further scope for jobs to be maintained as the process continues. The FSU will fulfil all of its obligations on behalf of our members to achieve the best possible outcome and to ensure vital banking services are accessible across the Country.

We have seen an attempt by the two main banks to destroy the branch network and withdraw vital services. The FSU will continue to campaign for a pause to any branch closures and for a full and detailed debate on the future of banking in Ireland.

We are pleased to have received cross party support for our proposal on the establishment of a Banking Forum in both Northern Ireland and the Republic of Ireland and again call on the Minister For finance to engage with the FSU on the terms of reference for such a debate.”