Announcement by AIB to shut 60% of its branch network in Northern Ireland is scandalous and should be condemned by the Government says FSU. 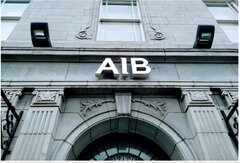 John O’Connell, General Secretary of the Financial Services Union has described the announcement by AIB that it is to close 60% of its branch network in Northern Ireland as a scandalous dereliction of its societal role and called on the Bank to revisit its decision.

“Only a week ago the Finance Committee of the Northern Ireland Assembly passed a motion calling on all Banks to pause any branch closures until society and the economy had recovered from Covid -19.

In the last week Danske Bank have announced four branch closures and now AIB have announced that they are to close 8 branches from its existing network of 15. This is in addition to the recent cull of 13 branches by Bank of Ireland to its branch network in Northern Ireland. It is clear that the Banks are taking no notice of stakeholders, policy makers or the wishes of their customers.

Banks should be assisting customers and small businesses in recovering from the effect of Covid not adding to their worry and stress levels by withdrawing vital services from communities. There is no need for Banks to make these decisions at this time. They are using statistics drawn from a period of societal lock down which cannot and should not be relied on to judge future customer behaviour.

Change is happening in the Banking sector at a rapid pace. If we continue to allow the Banks to lead that change, we will end up without a banking infrastructure that will serve all people in our society.

The FSU call on the main shareholder of AIB, Finance Minister Pascal Donohoe to make a clear statement that Banks should desist from destroying the branch network and pause any branch closures until a full debate can happen on the future of Banking “concluded Mr O’Connell.