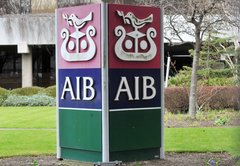 The Financial Services Union will recommend that members at AIB accept a new two year pay deal facilitated by the Workplace Relations Commission.

Following lengthy negotiations over recent months the main aspects of the proposed pay deal include:

Senior Industrial Relations Officer with the FSU, Billy Barrett, said, “Following lengthy negotiations our Union is now in a position to recommend that members accept this two year pay deal.  It represents an improvement on the pay increase secured and accepted in 2016.  It also ensures that AIB will shoulder the pension management fees over the duration of the agreement, rather than passing these onto individual staff.”

“Importantly the deal will also copper fasten job security and existing redeployment arrangements previously negotiated by FSU until the end of 2019.  These securities have been important for AIB staff in recent years as the bank emerged from the turmoil of the financial crash and it is vital that they are locked down into the future.  This deal achieves that.”

General Secretary of the Financial Services Union, Larry Broderick stated, “The deal on offer will provide staff with a 5.5% pay increase over two years.  We have fought hard in these negotiations to win recognition for the dedication and loyalty of AIB staff.  The fact that the bank is returning to profitability and is likely to pay a dividend to the State this year is in no small part due to the role staff played in restoring the bank’s fortunes.

“The prospect of a sale of part of the State’s shareholding in AIB this year is a concern to our members.  The fact that the our union has also secured an extension of current job security and redeployment arrangements until the end of 2019 will be an important factor as members decide on the deal.  Another positive to this deal is the protection of pension entitlements in the DC pension scheme, particularly at a time when many workers in the private sector are facing the erosion of pension scheme benefits,” concluded Mr. Broderick.