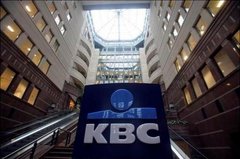 General Secretary of the Financial Services Union, Larry Broderick, today expressed his concern for staff at KBC Ireland after it emerged that the Bank will unveil a decision on its future on 9th February next.

“It has been reliably reported that KBC will issue a decision on its future in Ireland early next month.  All options, including a sale or merger, appear to be on table and this has created significant concern among staff.”

“Our members in KBC are concerned about their jobs and their future roles.  This uncertainty cannot be allowed to hang over bank staff for the next month.  I have written to the Chief Executive of KBC Ireland expressing the concerns of KBC bank staff who have contacted us in recent days.  I have urged KBC to provide clarity to staff and also to put in place a mechanism so that the views of staff have a voice before a decision is made on 9th February.  KBC has a very loyal and dedicated staff and their views on the future of the bank in Ireland would be invaluable.”

“I would also urge Minister for Finance, Michael Noonan, to seek clarity about the bank’s intentions as soon as possible.  KBC has offered customers in Ireland choice and led innovation in customer service.  The Irish banking sector will not be served by the exit of another significant player and this view needs to be communicated to KBC in advance of its February 9th deadline,” concluded Mr. Broderick.